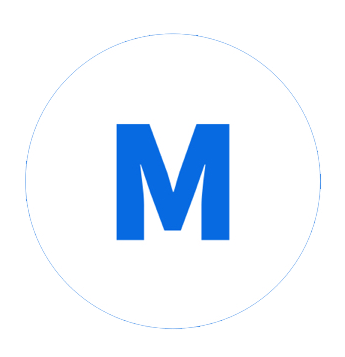 Steven Rosenbaum is an Author, Entrepreneur and Curator. He’s founded five companies in the content space, with a drive to connect consumers, storytellers, and brands.

Rosenbaum is known as the father of UGC (user-generated content) as the creator of the groundbreaking series MTV News Unfiltered.

A sought after speaker, Rosenbaum’s passion for the emerging content ecosystem has had him presenting to audiences across the US and Abroad. Talks include SXSW, TED, BBC, VidCon, IEEE Globecom, DLD, IAB, Pivot, Digital Now, DevLearn, Tools Of Change and the Monaco Media Forum.

As a thought leader and writer, Rosenbaum’s books include his first book Curation Nation – How To Win In A World Where Consumers Are Creators (curationnation.org) published by McGrawHill Business in March of 2011. The book explores the emerging phenomenon of human organization and publishing of content. His second book “Curate This!”published in October, 2014. Said reviewer Brian Solis, “Rosenbaum’s vision has shaped a new wave of technology startups, platforms and media channels that would empower everyday experts to create and curate content for networked audiences around the world.”

As an inventor, Rosenbaum’s passion for curation and content discovery innovation resulted in two foundational inventions, and the awarding of two patents in the areas of video curation and advertising technology. Just a year after YouTube was founded, Rosenbaum filed Patent No. 8,117,545 “Hosted video discovery and publishing platform” which was granted in 2012. And in 2014 Patent No. 208,812,956 ” Video curation platform with pre-roll advertisements for discovered content”

As a filmmaker and long-form storyteller Rosenbaum directed the documentary feature “7 Days in September” a look at 9/11 and the week after. The film has a rare 100% Tomatometer rating on Rotten Tomatoes. Rosenbaum also created the CameraPlanet 9/11 Archive, an archive of footage from September 11 and its aftermath which he donated to the National 9/11 Memorial Museum. Rosenbaum has received 2 Emmy Awards, 6 New York Festival’s World Medals, 4 CINE Golden Eagles, and 6 Telly Awards.

Rosenbaum won an Emmy Award for BROADCAST: New York and then created the series MTV News UNfiltered for MTV, an early example of viewer-generated content in broadcast. “News Unfiltered” encouraged people film their own stories.

Rosenbaum is a Senior Advisor with Oaklins DeSilva+Phillips where he will advise on digital media and emerging OTT and Web Video enterprises.

– Bob Pittman, Founder MTV, and Chairman and CEO IHeartRadio: “Steve Rosenbaum understands that the next wave of digital success will depend on understanding the consumer – the content they want on whatever device or platform they want to use – and delivering it to them easily and seamlessly. Steve’s book is a great resource for the creators and curators focused on bringing the right content to the right audiences at the right time.”

– Douglas Rushkoff, Author, Present Shock: “Rosenbaum, the king and coiner of curation, now shares the method behind the seeming madness of finding, collecting, and contextualizing the infinity of the net.”

– Craig Newmark: Founder: Craigslist: “We’re all dealing with a world that’s feeding us Too Much Info. It all comes down to trust. With “Curate This! “ Steve Rosenbaum helps us understand curation, why it’s important, and how we can provide clarity for ourselves and others. Together we can help one another manager information overload.”

– Jean-Louis Gassee, Founder and CEO BE, Inc, and Apple Computer exec: “Follow Steve Rosenbaum and respect both the work of creators and the intelligence of consumers. Steve’s book is a must-read for anyone yearning for a trusted, valued presence on the Web.”